To kick things off in our series of 5 People Who Got Rich From Sports Betting, we’re talking all about Jimmy “The Greek” Snyder.

Born in 1919, Jimmy The Greek lived one hell of a life until his passing in 1996. A pioneer in the sports betting industry, especially in the U.S.

But it was not an easy ride to fame for Snyder, who endured one of the worst childhoods you could imagine.

Not your standard upbringing

At the meagre age of 10, Jimmy experienced something no child should. His uncle went on a murderous rampage, killing his wife and Jimmy’s mother, before eventually killing himself.

A shocking experience for a child, prompting Jimmy to move in with his Greek relatives for a few years, before returning home to America at the age of 13.

Not long after, Snyder made his first ever bet at a local candy and cigar store, which would turn out to be the first of many!

Snyder fell in love with sports and gambling growing up, following all the sporting events going on, whilst compiling a range of sports data.

He also worked as a runner for some local bookmakers, don’t ask us how that was legal! 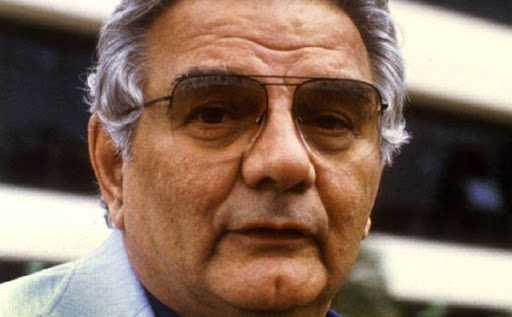 "The Greek" ended up dropping out of school at 16, with his entire focus set on becoming a full-time sports bettor.

He bet on just about everything to begin with, but eventually he decided to specialise in team sports, more prominently, American Football. For those of you who are football fans, here is how Jimmy broke down the analytical side of the game midway through the 20th century.

"Overall team speed is the biggest factor. Then the front four on defence. Then the back defence, especially the cornerbacks. Then the quarterbacks, and then I have to consider the intangibles,” he said.

He may have known a thing or two about sports betting, however, his breakthrough bet came during the 1948 election, when he placed $10,000 on Harry Truman to beat Thomas Dewey in the Presidential election.

The best part about that bet was his reasoning for placing it. Dewey had a crooked moustache, and according to his sister, women were suspicious of men with moustaches, so why not put $10,000 on it!

Becoming a pioneer in the American gambling industry

With help of his big pay-day, Jimmy moved to the mecca of sports betting in America, yes you guessed it, Las Vegas!

Here he began selling odds, before earning himself a regular gig at the Las Vegas Sun, where he would write sports betting columns.

Soon after, his columns were being published in over 200 newspapers around the U.S., gaining a reputation as a brilliant handicapper and leading to his biggest breakthrough! 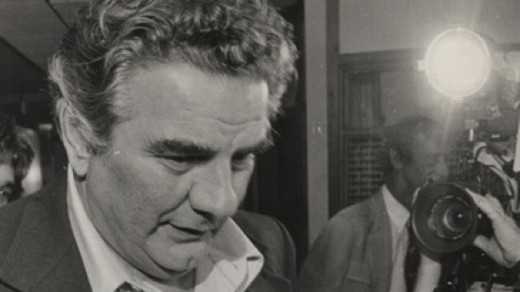 In 1976, he joined the major Sunday afternoon show, The NFL Today on CBS, where he would release his predictions for the day's upcoming games.

During these years, the average American Football fan had barely any knowledge when it came to betting, so Snyder became somewhat of an educator to the American public.

Ratings on the show soared, giving Jimmy The Greek huge notoriety and establishing himself as a leading football analyst.

Snyder appeared on The NFL Today for a whopping 12 years, but that came to a screeching halt after an interview with Ed Hotaling, a worker for a Washington TV station.

Here is the quote that landed him in some serious hot water when talking about the physical prowess of black American athletes.

"During the slave period, the slave owner would breed his big black with his big woman so that he could have a big black kid -- that's where it all started,” he said.

A day after his interview was aired, Jimmy The Greek was fired from CBS, but to his credit, he did acknowledge soon after that it was a foolish thing to say.

One month later, Jimmy experienced the first of many health problems, suffering a heart attack.

Over the next few years he went through just about every health problem you could imagine, namely diabetes, shingles and a high blood pressure.

Check out our other articles in the Top 5 People Who Got Rich From Sports Betting:

Article 3: Ben "Parlay" Patz, The Accumulator King Who's Looking At 5 Years In Prison.

Article 4: Jon Price, the the betting millionaire who wants to become the “Nike of sports betting”